JRS Custom Bicycles, LLC was founded by John Sanders Jr, a native of Miami, Florida. John grew up as an avid BMX track enthusiast and talent.  You could always find John and his friends riding BMX trails, jumping ramps, and pushing the limit in the Miami streets.

The concept of JRSCB came  while John was attending the University at Buffalo. He started playing around with painting the bicycles he had collected over the years and grew to really love creating works of “moving art.”  He was introduced to Go Bike Buffalo by his  roommate and friend, Joe Petit.

This place is a true bicyclists’ paradise. It is filled with hundreds of used bikes and parts donated or recycled through the City. He learned how to assemble bicycles there and gained an incredible amount of knowledge from the other bicyclists in the community.

John always had a dream to share his passion for art and bicycles with the world. It took time, really late nights, being mocked and doubted, doubting himself and flopping a few times, but he never gave up on pursuing his dream. Now, he has made bicycles for Olympic Athletes, NFL players, Former Classmates, Co-workers and Friends.

I hope John’s story can inspire you to follow your dreams and get you riding on your very own one-of-one JRS Custom Bicycle. Because after all there’s only one “you.” 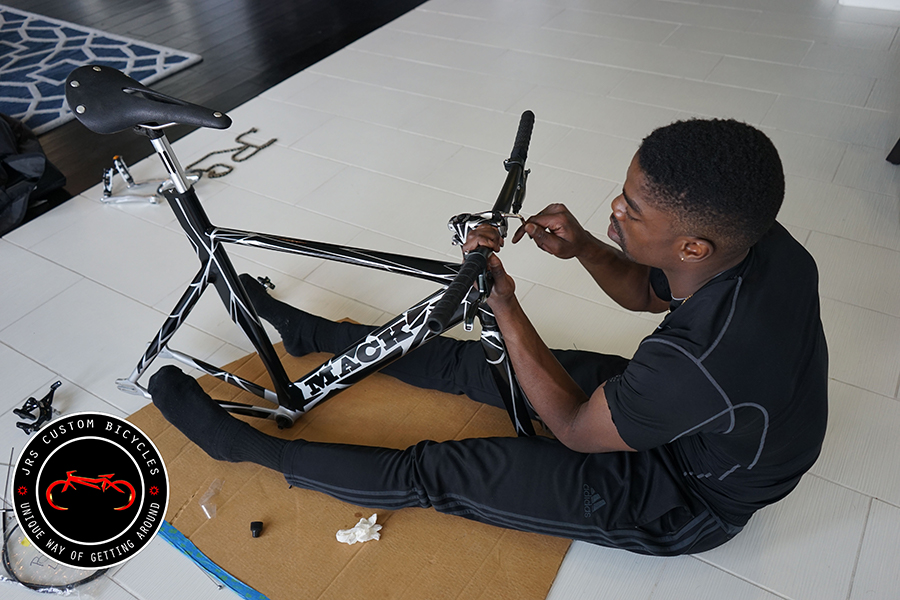 HOW TO ORDER
How to Order

Previous Next
Close
Test Caption
Test Description goes like this